The first leg of the revamped Women's Grand Prix kicked off today at the Business Center in Skolkovo, with the attendance of Arkady Dvorkovich, who made the first move in the game between the World Champion Ju Wenjun and Pia Cramling. The FIDE President is also the co-chair of the Skolkovo Foundation, the principal agency responsible for this scientific and technological centre for the development and commercialisation of advanced technologies. 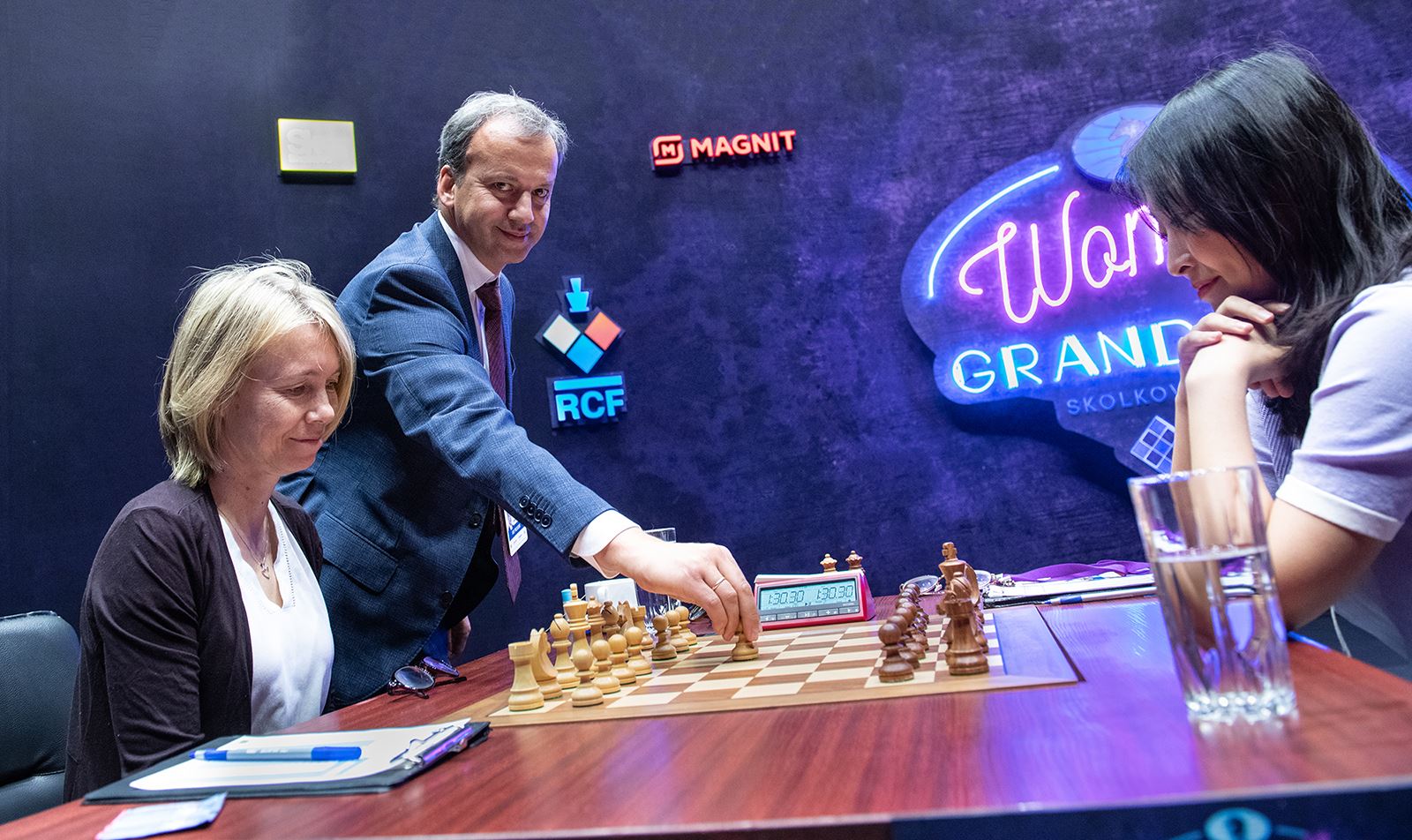 The local player Valentina Gunina (2502) became the first leader of the tournament, winning a relatively quick game with white pieces against Alina Kashlinskaya (2487). Gunina sacrificed two pawns in order to gain the initiative, and the fast king-side attack -typical of her style- brought her whole point.

In the game between Pia Cramling (2487) and Ju Wenjun (2576), the position went to an early endgame where black got a pair of bishops in return for a doubled pawn. With a firm hand, the Chinese star turned her positional edge into a material advantage, and Ju Wenjun got the whole point without much difficulty.

Ju Wenjun's Challenger Aleksandra Goryachkina (2564) didn't want to lose the pace with the top seed, and she also managed to win with the black pieces in an eventful game against former World Champion Antoaneta Stefanova (2491). It was a dramatic clash with several unexpected turns, where Stefanova found herself into time trouble and, on move 31, she made the final blunder that decided the game. 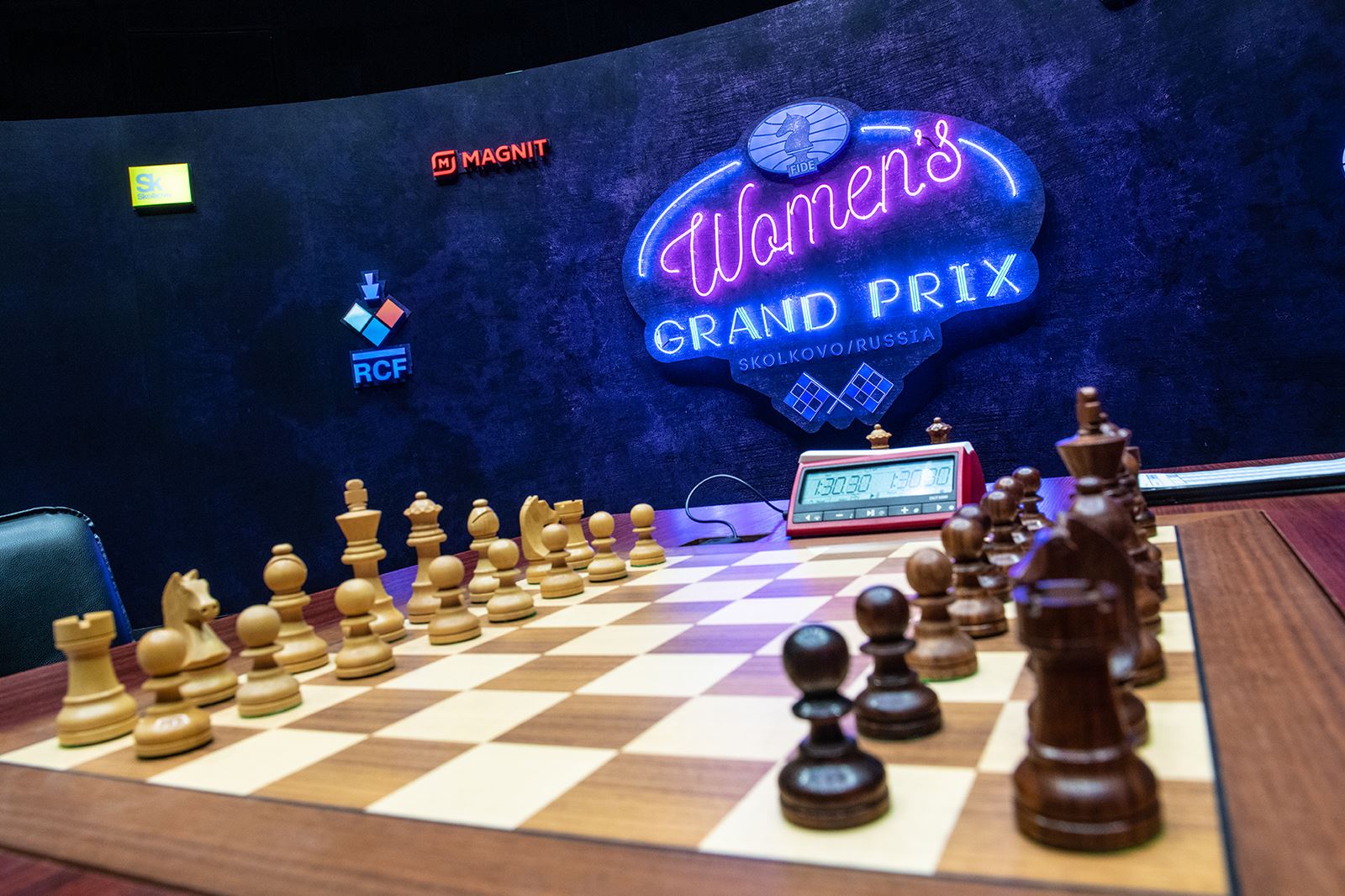 Another sharp position arose in the game of Elisabeth Paehtz (2479) and the 12th World Women's Champion Alexandra Kosteniuk (2495). On the move 22.Bg5 white sacrificed a piece for two pawns and in return got a sharp attack on the kingside. Kosteniuk found the most precise way to defend the position, and the game ended up with a perpetual check.

The Indian derby between Koneru Humpy (2560) and Harika Dronavalli (2503) soon headed for a drawish rook endgame. Although Koneru had a significant advantage in most of the game, the lack of time was a serious impediment and ruined her chances of victory.

The game between Kateryna Lagno (2545) and Marie Sebag (2450) was rather peaceful. Players agreed to a draw on move 34th.

Spectators can follow the games with English and Russian commentaries: https://www.youtube.com/fidechannel

A gallery with photos in high resolution is at the disposal of the press on the official FIDE Flickr account.