The sole leader of the Skolkovo Women's Grand Prix, Valentina Gunina, drew against the second-seeded player, Aleksandra Goryachkina, and keeps her lead having conceded only one draw in three games. The Queen's Gambit was played, where black managed to trade both problematic bishops and hold the endgame until a draw was agreed on move 40.

The Indian GM Humpy Koneru played against IM Alina Kashlinskaya in what turned out to be the shortest game of the third round, with only 20 moves. A mistake by Black (17...Qc7) allowed for a fulgurant attack: Humpy sacrificed a knight and caught Alina's king in a mating net. 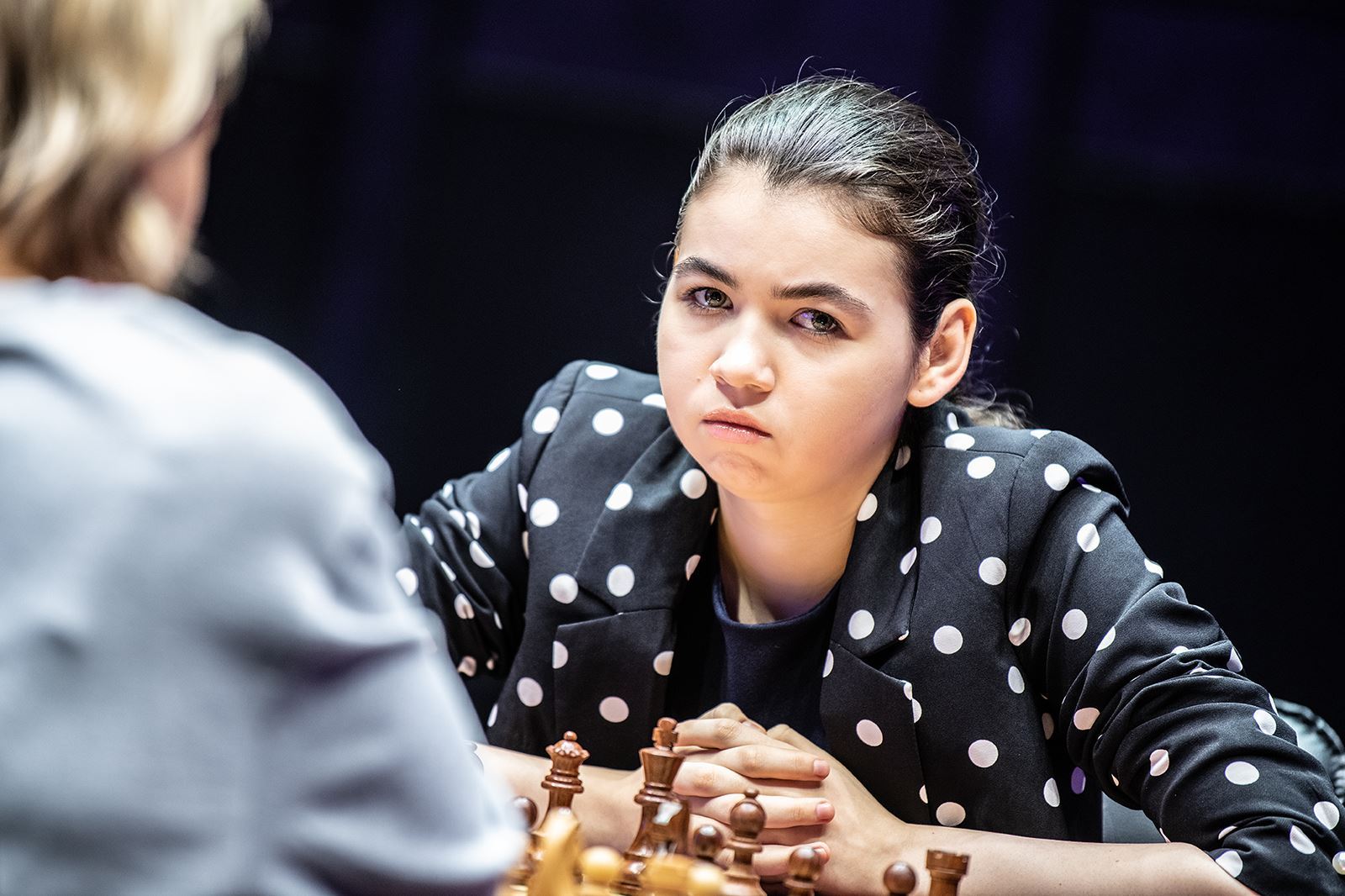 In a good day for the Indian participants, Harika Dronavalli scored the second victory of the round, grabbing the whole point against the French Grandmaster Marie Sebag. Harika surprised her opponent by going for a very unusual first move, 1.f4, known as the Bird's Opening. Later, the game turned into the Dutch Defense with reversed colours. Harika gained the initiative in the middlegame, which she later converted into a material advantage.

The clash between the former World Champion, Antoaneta Stefanova, and the current World Champion, Ju Wenjun, ended with a draw. In the Petrov's Defence, black managed to get a slightly better position, but this time it was not enough for a win and Ju Wenjun conceded her first draw in the tournament.

IM Elisabeth Paethz and GM Pia Cramling also split the point. White seemed to have a little edge during most part of the game, but it proved to be insufficient to defeat the Swedish legend, who made no defensive mistakes. 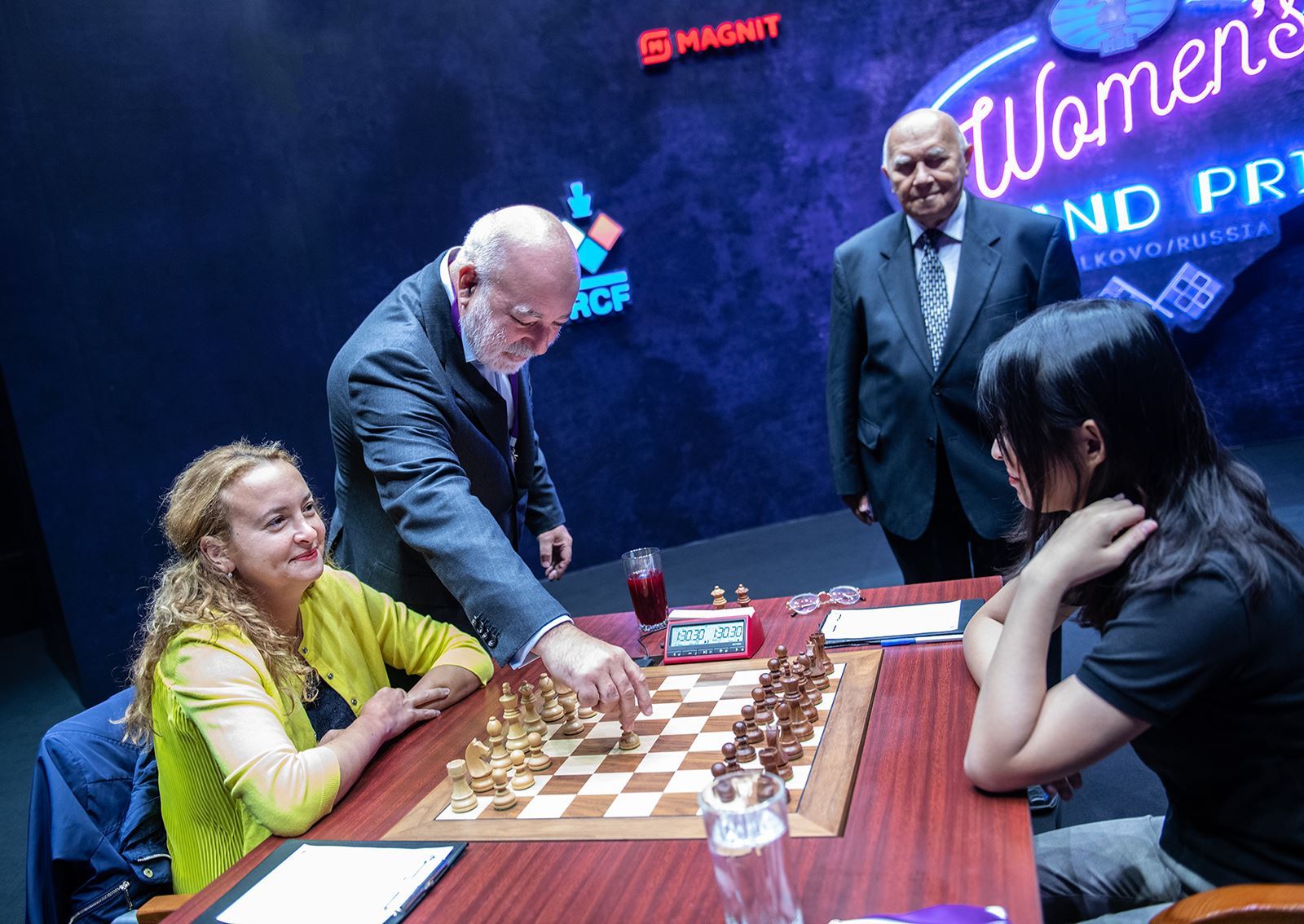 our Knights game was played in the game of GM Kateryna Lagno and GM Aleksandra Kosteniuk. They went to a theoretical position and a perpetual check sealed the draw, in what was the first game to finish in the third round.

The guest of honour during the third round was Victor Vekselberg, Chairman of the Board of Skolkovo Foundation, who made the first move in the first board. Among the side activities, Grandmaster Sergey Zagrebelny offered a simul exhibition against the students of the Botvinnik Chess School.

Spectators can follow the games with English and Russian commentaries: https://www.youtube.com/fidechannel